A recent stockmanship school in Australia allowed me to get much of the footage in this video. The herd included 2,200 head of  branded Brahmas plus around 300 head of unbranded cattle. As participants in this school learned, instilling herd instinct is not a "recipe" you can describe. It is more a matter of changing how we handle cattle and allowing them to come together as a herd.

I need to give a special thanks to Rodger Savory and the folks at NQ Dry Tropics for making this video possible, as well as to my good friend Evelyn A Roper for the background music.

Posted by Bob Kinford at 8:09 AM No comments:

Using Cattle Instinct To Turn Them

One of the things we often forget when handling cattle is that we can use their instincts to our benefit. One of these instincts is for cattle to go around us. When sorting cattle out of a pen, or getting them to go to other cattle in the pasture most of us tend to go to the front of the cow to force them to turn. As this short video shows, this is not necessary.  Using their instinct to go around us lets them turn and go without the stress of us getting in their face.

If you read my post on Why Climate Change scientists are clueless and were amazed at the amount of water which runs off after a rain, I underestimated it. Actually I grossly underestimated it as the following picture illustrates. 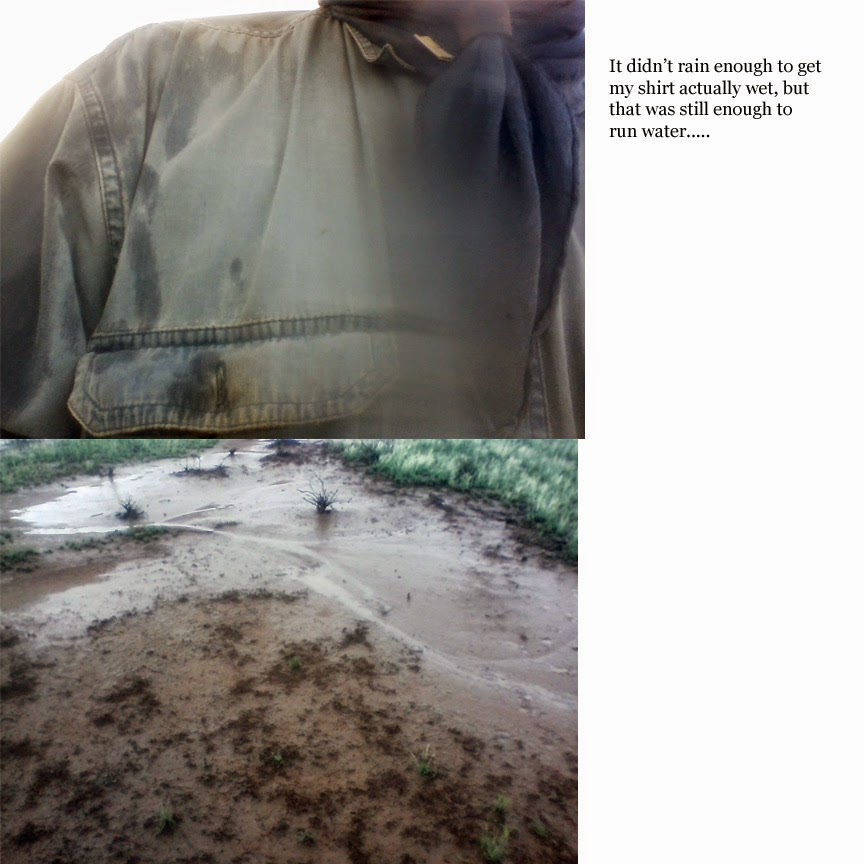 Posted by Bob Kinford at 9:08 PM No comments:

Calculating the cost/benefit of the Keyline Plow

Before visiting the link from the Circle Ranch on using the Keyline Plow, here are some things to think about in order to see the financial benefits as many people can see the benefits, but think it is too expensive. Yet these same people are busy making diversion dams and dirt tanks which help some, but basically are diverting water or holding it so it can water a few cow and evaporate.

The cost of sub soiling with the Keyline Plow runs $20 an acre, which does sound expensive, until you compare the results. $20,000 put into subsoiling 1,000 acres of ground with scattered grass and forbes will explode with the first one inch rain (remember, that 1,000 acres just received 27,154,000 gallons of water which would have run off). This explosion of grass and forbes will slow the water and make each subsequent rain be more effective.

Grazed properly this can amount to 7 to 9 days of feed for 1,000 cows, or 7,000 grazing days the first year. If one continues to graze properly, the feed will continue to improve for several years and continue to hold its feed value (not to mention the wildlife habitat it creates.) Now lets compare what that same $20,000 will bring with conventional uses.

Dirt Tanks- Will hold water for cattle without producing feed. They will also evaporate water (at a pan evaporation rate of 88” or 55 gallons per square foot) lose 2,395,800 per acre. Figuring the cost of water being .005 cents per gallon, one is basically throwing away $11,979 worth of water per every acre of water held in dirt tanks. If you have 100 acres of water in dirt tanks, you are basically throwing away $1,197,900 worth of water each year.

Diversion dams- These will create some feed growth but basically still divert billions of gallons of water off the ranch rather than into the ground. Many also have a tendency to wash out and need to be repaired after a few years.

This means that spending $20,000 to run a Keyline Plow in the proper areas your money produces nearly twice the actual benefit of hay. While it would be nearly impossible to calculate the true value of diversion dams, they are of minimal benefit as they are still diverting water off your ranch, rather than putting it into the ground. Dirt tanks have some benefit if you do not have pump-able water, but otherwise you are letting millions of dollars worth of water blow away in the wind.

Now that you have an idea of the cost/benefit ratio of the Keyline plow, take a look and see what they have done with it on the Circle Ranch in far west Texas!
Posted by Bob Kinford at 12:09 PM No comments:

Why Climate Change Scientists Are Clueless

Like Chicken Little yelling "The sky is falling" climate change scientists are giving reasons behind the phenomenon which are largely unrelated to the actual causes. One of the false flags behind "global warming" is greenhouse gases. They may contribute a small amount, but in reality it is the lack of grasslands which it the biggest contributor.

Early day explorers described the vast majority of western America as a "sea of grass." While there are no stories describing how settlers livestock died of starvation, there are plenty of livestock perishing from a lack of water. Today much of this land has become bare ground because of the lack of proper animal impact. To demonstrate just how much the lack of grass cover reflects heat back into the atmosphere, I checked the air temperature, then checked the temperature on a patch of grass, and also a path of bare ground. 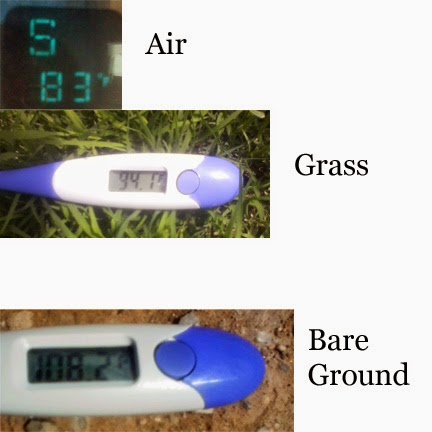 We now have millions upon millions of acres just in North America which have gone from lush grasslands to bare ground and brush in the last 130 years. Add to this the millions of acres of grasslands which have been replaced with buildings and pavement, what is really the cause of global warming? Greenhouse gases (which could be converted to oxygen by grasses) or the depletion of the world's grasslands? 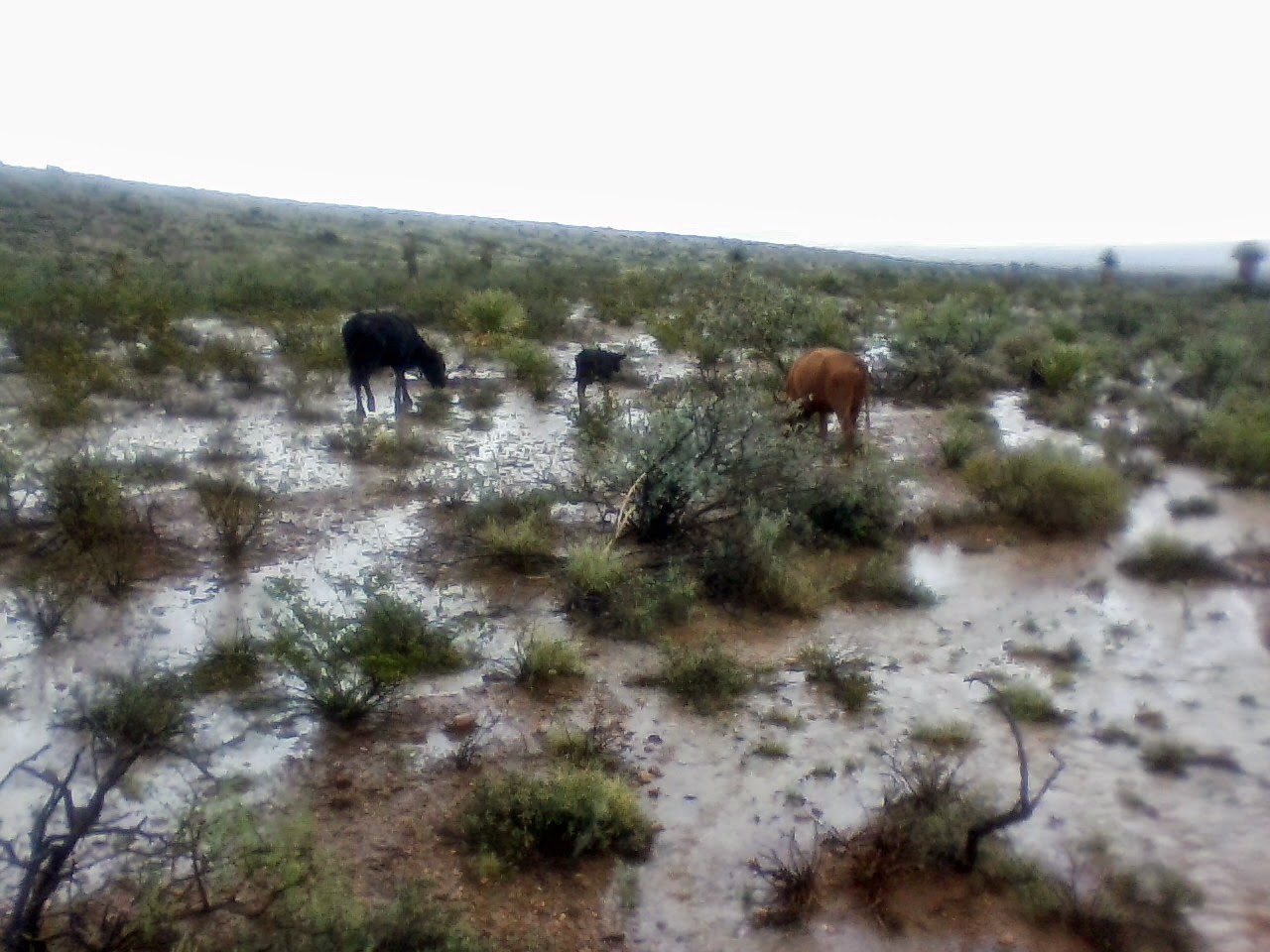 Adding to the contribution of waters returning to the sea rather than soaking into the ground, is flood control. Water which would flood deltas and return some of it into the ground, are now kept between dykes and returned to the ocean.  How many hundreds of trillions of gallons of water which should be returned to the ground  are now channeled directly into the ocean by the Mississippi River flood control system?
It becomes fairly obvious that the real culprit of rising oceans and temperatures is not greenhouse gases, but depletion of grasslands preventing precipitation from cycling into the ground to replenish ground water, and not insulating the ground.


Scientists blame depletion of grasslands on "overgrazing."  Keep in mind that this same land which now supports under 90,000,000 cows once supported nearly 300,000,000 bison in addition to millions each of antelope, elk and deer.  The problem is not too many animals on not enough land, but in how those animals are grazed.

Ranchers who have abandoned traditional grazing methods and changed to holistic grazing have actually reversed desertification and restored grasslands. By changing his grazing methods, the rancher below was able to restore the grass on land which was nearly bare to what you see in the picture below. This land has little to no run off because the grasses slow the water and allow it to penetrate the ground. 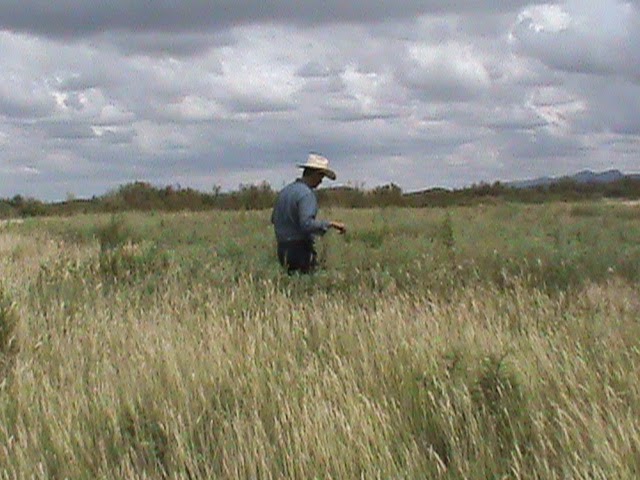 Mainstream scientists need to get a clue, not only to the real causes of climate change and rising oceans, but in the science behind restoring grasslands to their original state.

This video produced by the the Rocky Mountain Bird Observatory in collaboration with several northern Mexico ranchers shows just how much grass and diversity can be created in a desert environment. All it takes is asking the simple question of "Why is grass disappearing?"

Why The Department Of The Interior Is Illegal

The recent standoff between Nevada Rancher Cliven Bundy and the BLM has stirred a lot of controversy over federal lands, but it is not the only case. BLM is planning on seizing 90,000 acres along the Red River between Texas and Oklahoma. Then we have environmental and animal welfare groups filing litigation to stop grazing on federal lands. Despite all of the talking heads on the radio, and numerous interviews with Senators, Congressmen, and attorneys, not one person has touched on the fact that the U.S. Constitution gives the federal government very limited reasons by which they may own land within the individual states.
Article 1, Section 8, clause 17 of the constitution describes reasons which the federal government may hold land within the individual states, as well as the conditions by which they may acquire the land. This is extremely simple and straight forward language, which I have broken down and explained below.

To exercise exclusive Legislation in all Cases whatsoever, over such District (not exceeding ten Miles square) as may, by Cession of Particular States, and the Acceptance of Congress, become the Seat of the Government of the United States,

This portion of Section 8, clause 17 is describing the formation of Washington D.C. As a gift from the surrounding states to form a Capitol for the fledgling country.

and to exercise like Authority over all Places purchased by the Consent of the Legislature of the State in which the Same shall be,


for the Erection of Forts, Magazines, Arsenals, dock-Yards, and other needful Buildings

It is time for the states of the west to come together and take their land and resources back from the federal government!
Posted by Bob Kinford at 2:40 PM 2 comments:

Environmental groups are filing multiple lawsuits in several western states preventing ranchers from turning out on their leases. In part, these litigations stem from ranchers not meeting stubble height and riparian regulations. Until we can get these grazing requirements changed, the only thing we can do to circumvent more lawsuits is to follow these regulations as closely as possible.

Trying to control cattle on allotments using temporary electric fence has proven to be only partially effective, and barely worth the cost of fencing, let alone extra labor.

In order to precisely control grazing to meet federal regulations for stubble height and riparian usage in an effective way, cattle need to be acting as a herd. When they are doing this, the cattle graze together and water together. With this behavior it is a simple matter of a rider catching cattle on their way to water and deflecting them to a new drinking spot each day, then sending them out to a new place to graze. My stockmanship schools are specifically designed for students to learn how to instill herd instinct so they may easily meet federal allotment grazing requirements.

Limited to eight riders per class, classes are entirely hands on. Early morning and late afternoon sessions students will work on actually instilling herd instinct into cattle in the pasture. In between pasture sessions students will concentrate on working cattle in pens. Unlike other schools, we concentrate on natural reactions cattle have to what we do with our horses, as well as the horsemanship involved in taking full advantage of these reactions. By the end of the five days, the pasture cattle will be acting and handling as a herd, and the students will have the pasture cattle acting as a herd like the 500+ cows in the picture below. 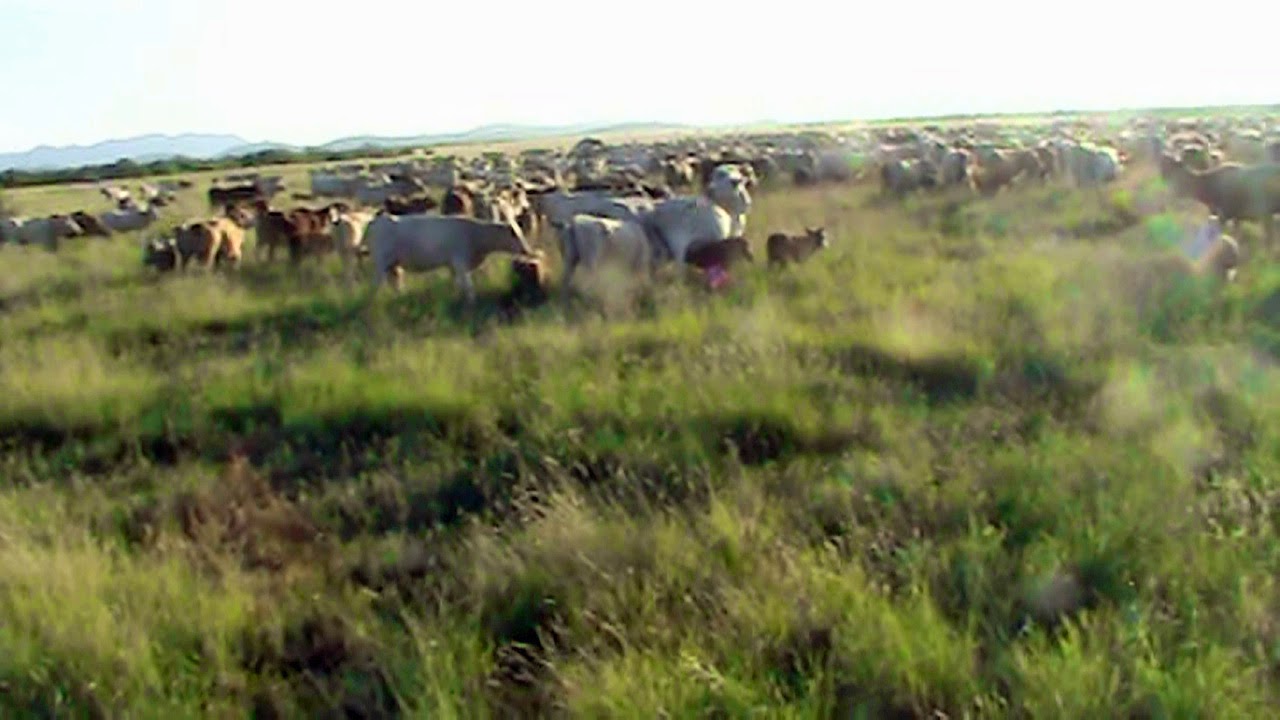 The following short video show the changes of behavior between the first and fifth day of the school.

These schools are priced to be economical for students. For more information on schools, or to schedule a school, email me.
Posted by Bob Kinford at 5:09 PM 2 comments: