Some people have asked how herding cattle in this way is more efficient than controlling them with fences. For starters, you don't have to buy, build and maintain (or continually move) extra fencing,and you need fewer water points. Using this method on yearlings or dry cows (and receiving them all at once) is much, much, easier than receiving a Bovine Potpourri a little at a time. Despite the challenges, and necessary adjustments the program is still working, and improving.

One adjustment I've had to make is using more than one water point. It seems that these cattle have a tendency to jump in the five foot drinkers and stand there, then break the float on their way out. Once, I saw  a cow standing in a drinker with her calf next to her, nursing (something I have never seen before.) This forced us to designed and install a modification to the existing float guards which will hopefully take care of this problem. While having to work off of more than one water point makes it take longer to place cattle, it has been a learning experience.

The second pasture in the rotation I  had five water points to work off of. The interesting thing was that, even though the cattle were mixed where they were grazing, they would return to the water point they came from. In the case of grazing associations, this could have some benefits if the herd instinct was instilled in each herd before going to summer pasture. The association rider could place the cattle on different water points, and keep the cattle separate within the same allotment. At the end of the grazing season it would be simple to gather each owner's cattle separately, and decrease the shrink involved with sorting several herds simultaneously (which would in return, increase profits a minimum of 3 to 5% ).

Despite the difficulties this particular project has, it is still working. Rather than spending money on labor building and maintaining (or moving) fences several times a week (or daily), one person spends three days placing cattle where they need in the pastures. Because of the social and physiological differences within this herd, and using multiple water points, placing within the pasture does take all day. If the water system was simplified to a single water point, and the cattle were all the same class, placement within the pasture would take four hours or less (for a total of 12 hours of labor per week.)

Despite  the diversity of this group of cattle and using multiple water points, we are still getting the desired results of taking roughly a third of the forage and also getting animal impact distributed across the pasture, as shown in the following photograph. 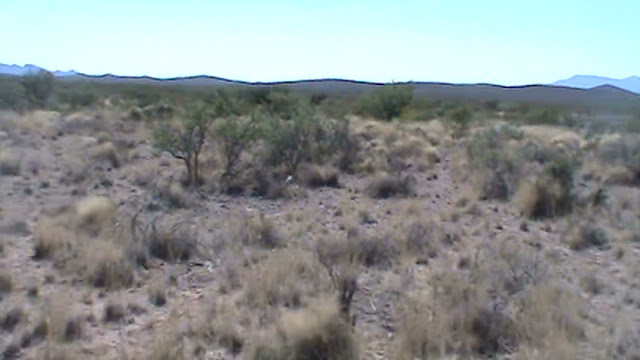 While they are spread out to fit feed density, the following picture shows roughly 100 head working as a herd. Notice how they are all grazing in the same direction. Once we make the next pasture move at the end of next week, we will be able to wean the bigger calves at a set of pens next to a water point. Once the cows have bawled off, I will start all of the cattle up a canyon in the direction of the next pasture in the grazing plan  and allow the cattle to sort themselves into two groups.

Open cattle, older calves, bulls and those in the first and second trimester of pregnancy will pick up and move out easily, while those cattle in their third trimester, calves under a month old and older thin cows with calves on them will take their time getting started. This will make it easier to instill the herd instinct into the cattle and (hopefully) keep the bulls away from the cows which are calving. (One problem with running bulls year round is that 12 to 24 hours before calving, cows change from producing progesterone to estrogen. This change in hormones causes cycling cows and bulls to seek out and ride cows beginning to calve, causing dystocia.) 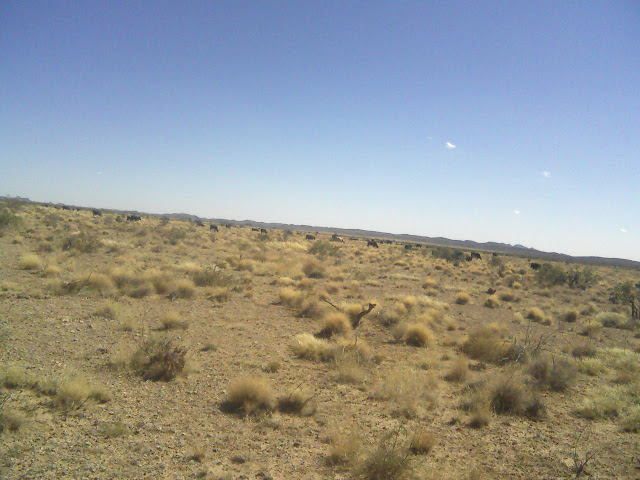 Posted by Bob Kinford at 7:46 PM No comments: