Side By Side Animal Impact/Vegetation Comparisons

All of these pictures were taken the same day, in the same pasture. There are only 38 cows and a bull (plus calves) which get adjusted once a week at the most (and have gone up to 3 months without being adjusted when I am out of the area.) These pictures show the difference herd impact and proper grazing can have on the land.

At first glance, this picture is only showing a few weeds and wildflowers. The area happens to be in 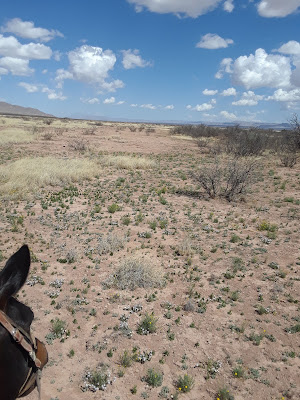 an area where I stopped the cattle on one of the times they were moved. If you look close at the ground, you will see it is a combination of a smooth surface which is crusted so that the rain runs off it, and areas where that crust has been broken by the cattle so that more water is absorbed. Looking a little more closely, you will notice that the vast majority of the plants are in the area where the crust has been broken. The line between where the cattle were stopped for a short amount of time and where they didn't cross is clearly marked by the green

The picture below to the right shows the difference between plants which have been grazed (somewhat) properly, and those which have been over rested. The grey grass in the background is dying due to over rest, and a lack of being grazed. The grass in the foreground was grazed late in the season, and taken a bit shorter than I would like, it is green and growing because it was grazed despite the fact there has been less than a half inch of rain in the last 5 months. If this area would have had enough animal impact, and been grazed evenly, ALL the grass in this picture would be green and healthy rather than being oxidized and dying.vegetation. 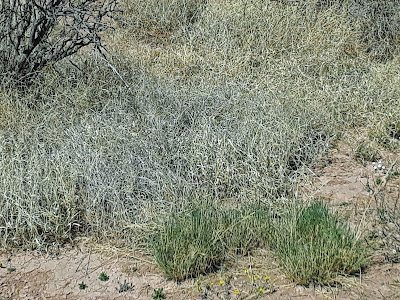 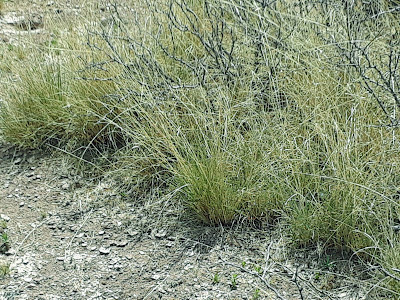 This grass was grazed at the right height and given enough recovery time. Notice how the dormant grass is a golden yellow (signifying it is healthy and alive rather than dead) and the new growth is nearly a foot tall. 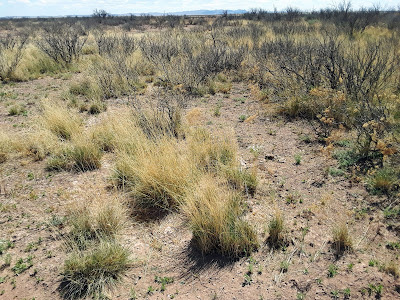 This last picture is an area which the cattle worked as a herd last year and grazed it properly. Once again, the dormant grass is a vibrant yellow instead of being dull, gray, and dead. This has allowed the grass to green up and thrive a month or more earlier than under grazed or overgrazed areas, despite the lack of rain. In addition, the herd impact of breaking the top crust has allowed weeds to emerge and begin the healing process on the bare ground.
Over resting the ground is as bad for the ground as overgrazing, and set stock, or simple rotational grazing results in both extremes. For more resources on regenerating grass, visit the grass management resources page on Migratory Grazing
Posted by Bob Kinford at 1:57 PM 1 comment: