Since my last post, we changed our grazing plan to include grazing Giant Sacaton, which most people think cattle will not eat. There is more about that  on the Circle Ranch website.
Other than a problem with the water that had the cattle spread out, searching for water,  the cattle have been generally staying in the areas I put them. There were roughly 25% that did not like the Sacaton, so I pushed them on the side of a "hill" and let them work it. This "hill" is one of those areas which are left out of grazing plans because they are "too steep to graze. 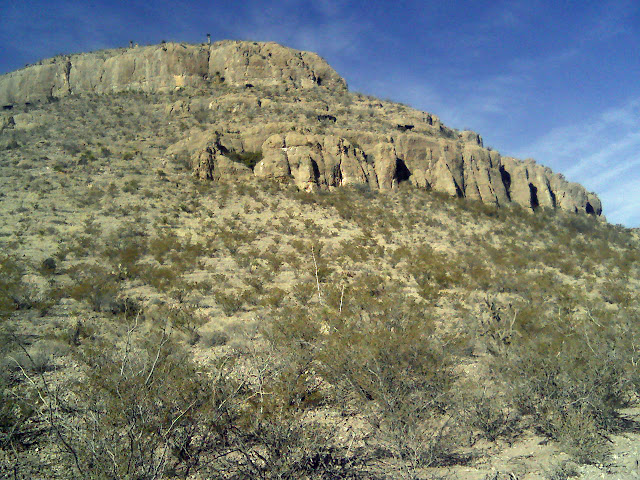 The owners of these cattle are amazed that these cattle are grazing this high as they have similar country which goes unused because the cattle refuse to graze it. All it took to get them to graze it was to start them up the hill very loose and let them work their own way up. Rather than putting pressure on the back, ride down the side of the cattle so that the ones in the back pick up and move with no pressure from the back. The feed is there and it is good enough that the cattle stay high and keep working. This will improve the hydrology from the top down by producing more feed when the rains come.

The cattle are also starting to act more as a herd. In the picture below, the cattle are leaving water on their own. Notice how they are trailing out in single file, following the first animal to leave, and going back to where they were previously placed. There are approximately 180 head strung out up that trail. 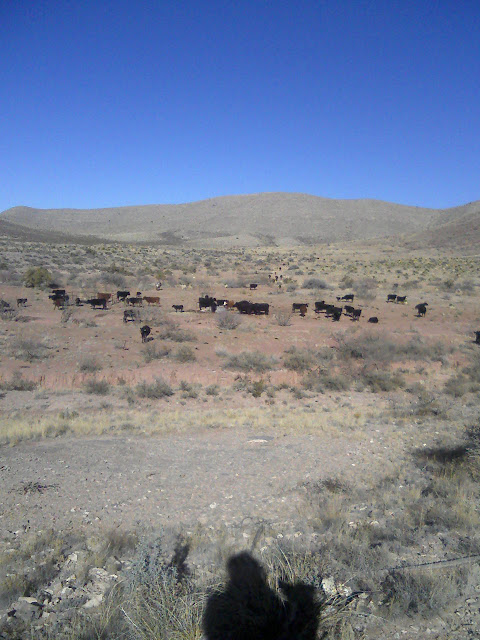 In the video below, you will see the cattle grazing in the Giant Sacaton.  As we are having calves born nearly  everyday, when I make a pasture move I leave the gate open just in case a calf was left behind. None of the cattle went back.

In the next couple of weeks I will be grazing some more areas that are "too steep" to graze. In the meantime I hope everyone has a Merry Christmas. If you are still shopping for Christmas, there is time to order some of my books from Amazon in both paperback and kindle. They are available at 2lazy4U Livestock & Literary Company