Beyond Stockmanship At Rancho Las Damas

The problem I was asked to solve is one of the reasons many cattlemen do not want to try holistic, planned grazing. During calving season the cows would leave their calves behind on the daily pasture changes, resulting in a loss of 15 to 20% of the calves. As it turned out, this was a simple problem to solve. This short (2:36 ) video shows how dramatically you can change cattle behavior in a short five days.


One of the benefits of instilling herd instinct in your cattle is that it allows you to create herd impact in areas cattle ignore without going to the time and expense of putting up and tearing down additional fence. The cattle in the picture below were placed there the night before, and spent the night because they wanted to, not because they were fenced in. 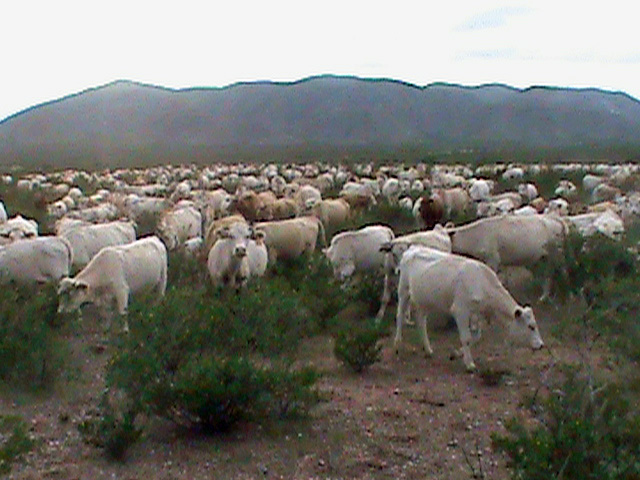 While what was accomplished with the cattle is impressive, even more impressive is the amount of forage they have created in only eight years, with nearly half of that being under drought conditions. Before beginning their grazing program, the ranch looked like their neighbor's did in the picture below. 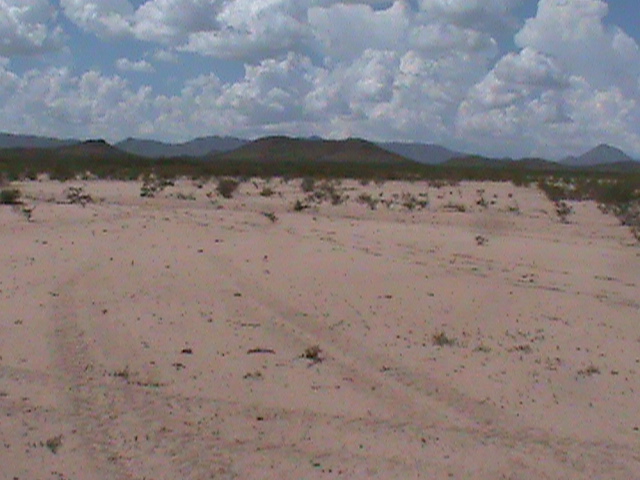 This is what most people assume the desert should look like. Because this is what we have seen land in desert regions look for most, if not all of our lives, we wrongly assume this is what this land is supposed to look like. When talking to old timers, and people whose families have ranched here for generations, we discover that the Chihuahua desert was an immense grasslands up until the last hundred years. Then we started building fences, adding windmills and letting cattle "take care" of themselves.

With a change in grazing patterns, it does not take long for the desert to turn into lush grasslands like the picture below. Alejandro Carrillo was explaining how this grass he is standing in looked exactly like the picture above less than eight years ago. His grazing techniques were the only tools used. No plows or seeds planted other than what the cattle have done. 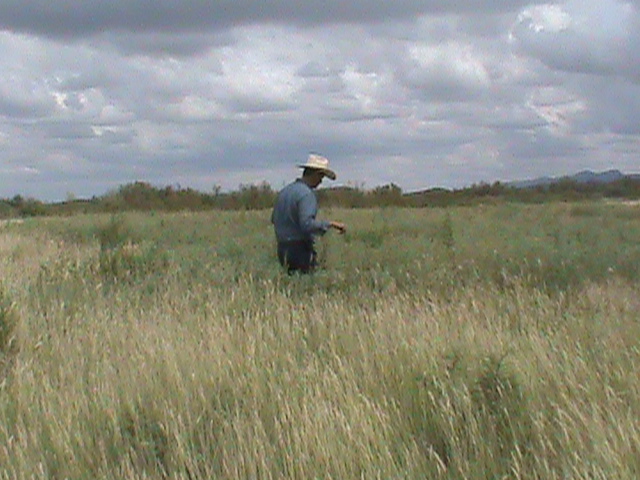 Looking straight down into the grass, you can't see the ground. 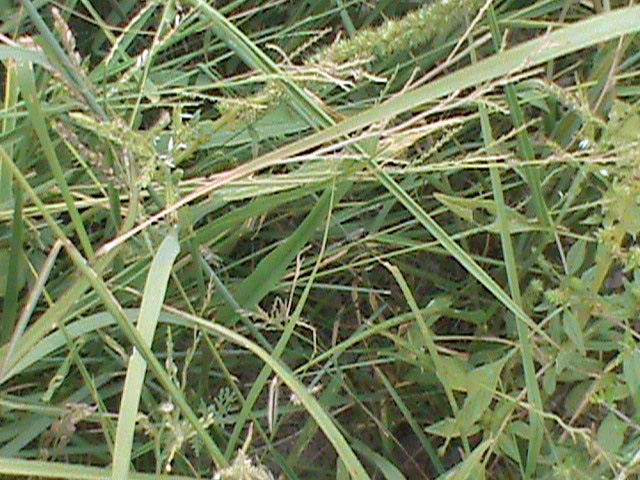 However when you trample the grass down and part it you can see how much seed is getting to the ground. 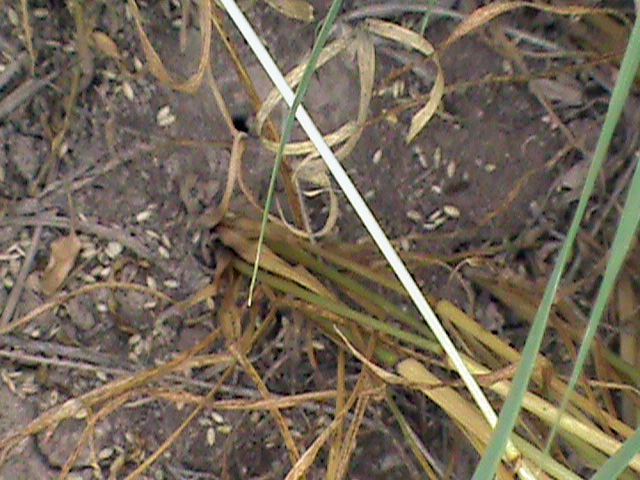 Occasionally Alejandro feeds cattle, or spreads straw to create litter. The picture below is of a spot where he fed a few bales earlier this year. You read that correctly, this was bare ground only a few months before this picture was taken. 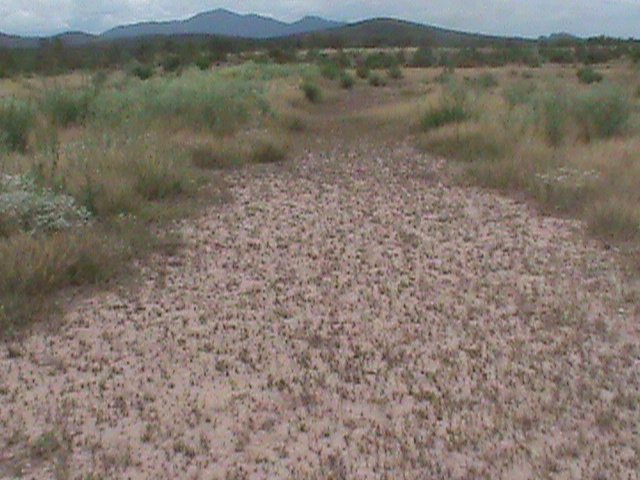 The above results were obtained without the use of any mechanical equipment or seed. The only fertilizer used was that provided by the cattle. While looking at this I was thinking of the number of ranches that will feed calves in a set of pens all winter. Wouldn't it make more sense to put a set of foamed, flat proof tires on your pickup and feed them in a different spot every day? Doing that would allow you to put the gains on your calves while basically getting paid to create more grass!

One other thing which has been happening is the reduction of brush and mesquite without using herbicides. As the grasses get thicker, they are literally choking out the woody plants and killing them as in the picture below. Why would you want to control brush by spending money and time on burning expensive fuel to pull equipment or spraying chemicals which are bad for the environment when you can do it all by simply changing your grazing methods? 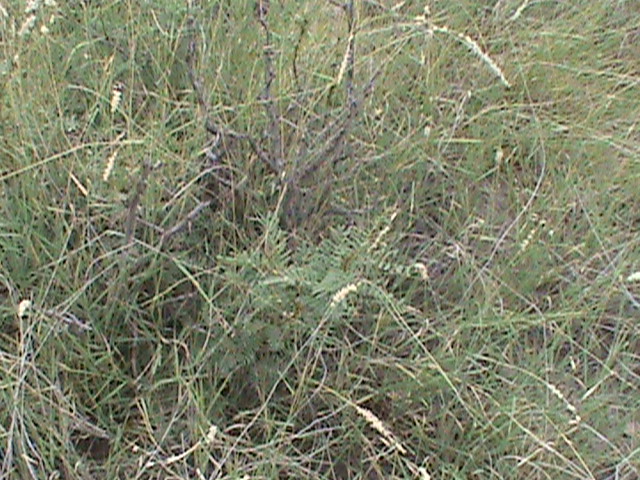 The amazing thing about all of this is that the seed is already in the ground. All it needs is enough animal impact and a little rain. Alejandro has been consistently adding grass to Las Damas, even through the drought of the last several years. The diversity of grasses is incredible, including the sprangletop he is pointing out in the picture below. If you are ranching in an arid, brittle environment, you could be transforming your ranch into one similar to the Rancho Las Damas.  For more information on how to accomplish this, visit Holistic Management International and the Savory Institute. Contact me if you would like to hold a stockmanship school on your ranch.
Posted by Bob Kinford at 5:47 PM 3 comments: