While we are constantly reminded of the need for grazing at the proper time, good plant diversity assures that we are seldom going to have proper timing for all of the plants. At any point during the growing season we will have plants ready to be grazed, yet there will also be plants which are either past the "proper" stage to graze, or not yet there. The photo below demonstrates this. Some grass isn't close to optimum, some is, and others are actually done growing for the time being. 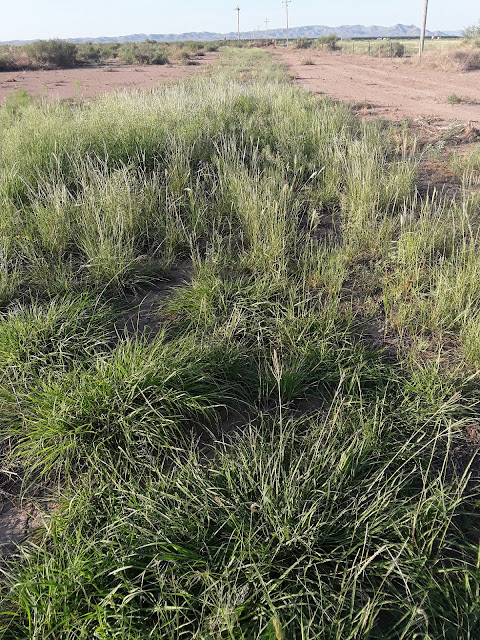 This area was over 90% bare ground before I grazed this pasture with 275 calves last April and May. This is one of the areas the herd bedded down in for the night, and along with the help of a 2" rain early July, this is the result. Once all of the grass has seeded out, it will be grazed again to take advantage of the seed. When the whole pasture has this kind of diversity, rather than grazing it once, I will be able to graze it at least twice during the growing season (hitting some grasses at the optimum time both passes.)
The following picture is another area in the same pasture where the calves bedded down, giving the ground a super fertilization of dung and urine. Once again, this area was over 90% bare ground. 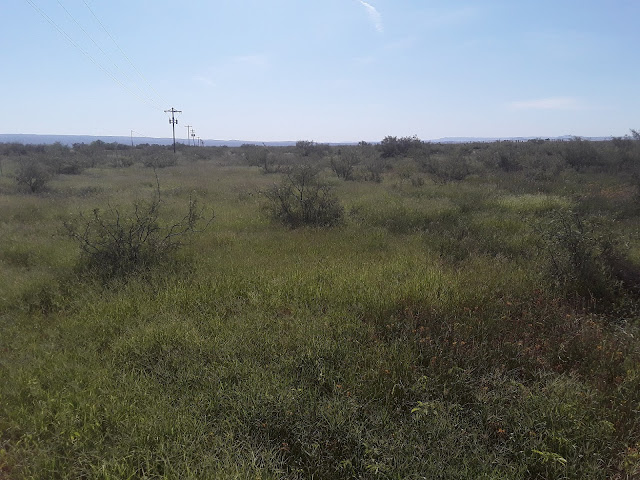 The ground in the following two pictures were predominantly Russian Thistle. It was grazed three weeks in March with 70 pair in March, followed by 275 calves for five weeks in April/May, then by 40 calves in July. This pasture has roughly an inch and a half of moisture since the first graze. Once again areas in which cattle bedded down are already beginning to grow grass. 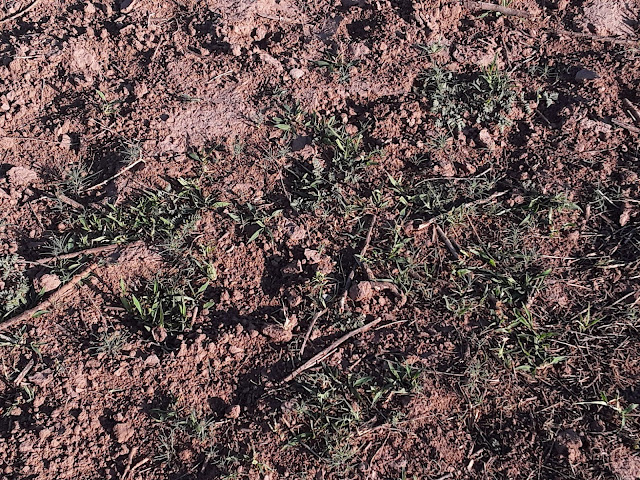 This picture speaks loudly about the natural seed bank. In 2006, this was basically bare ground, mesquite, and creosote. That spring the brush was grubbed out and it was planted in Bermuda. Four years later, a farmer tried growing Teff grass for two years, then it was in cotton until 2018 when it was abandoned. There are two more areas of about the same size in this pasture which are looking to be about the same. 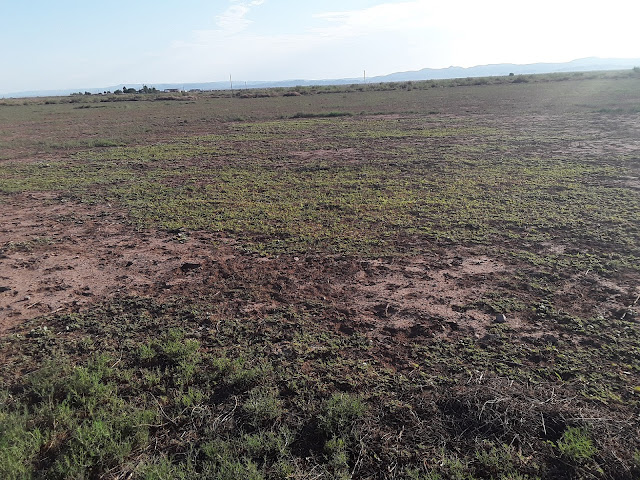 The problem with fencing large acreages into small paddocks (especially when starting a grazing project) is that as different plants reach that point of optimal grazing, they may be in small areas scattered through half the paddocks.  Often different species may be located in certain terrain which spreads through all of the paddocks in a pattern which may not give a whole day's grazing in any one paddock...yet have a week or more if you could follow the terrain. This situation can reoccur several times during a grazing season, and (over the course of the grazing season) may amount to a month or more grazing which we miss. Leaving the pastures larger, rebooting herd instinct and practicing IMG allows us to go back and spot graze grasses, as well as forbs or other browse.
When we merely mimic a herd by rotating them through fences, we improve the soil and plant diversity, yet we forget that in the course of a grazing season, herds of several different species would graze across the same areas, taking whatever the optimum plants were at that time. By reducing the number of interior fences, and herding or using IMG, we are able to better balance the nutritional needs of our livestock with the optimum time of grazing various plant species for soil health.
Posted by Bob Kinford at 7:04 PM No comments: