At the turn of the last century, Chihuahua Desert was a lush grassland. Today, as a result of poor grazing practices, the area is extremely dry, desolate, with large tracts of land amounting to no more than bare ground and brush. 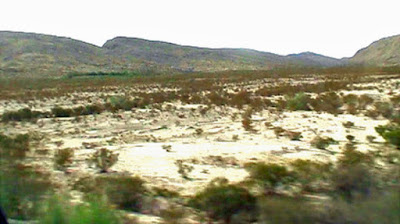 Low areas are often so choked with mesquite it may be difficult at best to ride through on a horse, and impassible in a vehicle. It is not uncommon for ranchers in this desolate area to supplement cattle for half the year, while weaning calves at only three or four months of age.

Ten years ago, the Santa Maria Cattle Company changed to holistic grazing in an attempt to regenerate grass. However the fencing it normally takes for this style of grazing was nearly impossible due to the mesquite choked bottoms and rough, rocky higher country. It just wasn't physically or economically feasible to break their 20,000 acres into more than 80 small paddocks. Four years ago, owner Fernando Falomir attended a school where he learned to reboot herd instinct in his cattle.
Now he is regenerating grass by utilizing IMG, or Instinctive Migratory Grazing. When turned into a fresh pasture, the cattle migrate around the pasture as a herd. Rather than grazing some areas to the ground, while leaving other areas untouched, the pastures are grazed so that nothing is grazed to less than six inches tall, as in this picture. 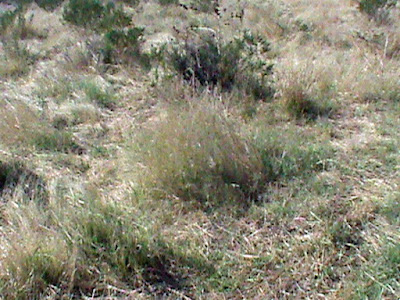 During the growing season, this allows for a faster recovery. To truly understand how much this method of grazing affects soil health and regenerates grass, one needs to realize two things about the grass in this picture. First is that only four years ago, this spot was bare ground. The second, and even more astounding thing is that this is volunteer coastal Bermuda, which is greening up in April, despite the fact there has been no rain for seven months. Cattle with their herd instinct rebooted, have another tendency which further speeds up the improvement of soil health. They tend to bed down together, heavily concentrating the urine and manure. This in turn feeds the mycorrhizal fungi,which feeds the plants and other microorganisms needed for healthy soil. 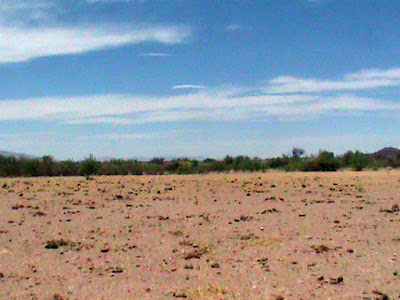 To accomplish the kind of herd impact in this picture would normally require building temporary electric fence and forcing the cattle into it for the night, which causes stress which effects daily gains. However, with IMG, the cattle naturally bed down in these areas and create the impact voluntarily, improving soil health without the expense,labor, or decreasing the daily gains. In the top portion of this picture you can see where grasses and forbes are in the first stages of transgression.

Within a few years this area will heal and be like this next picture, regenerated prairie, which was bare ground and creosote brush five years ago. 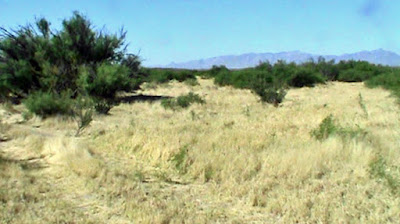 This transformation took place solely through planned, timed grazing, utilizing the instinctive migratory behavior of cattle, once they have had their herd instinct re-booted. No chemicals were added to kill brush and weeds, or as added fertilizer. The grass grew from the natural seed bank already in the ground. As the dirt turns into healthy soil, and the grass is regenerated, the hydrology of the ground changes. When the ground is bare, and soil dead, half or more of all rainfall runs off, eventually ending up in the ocean, rather then in the ground. A short thunderstorm dropping an inch of rain will lose over 12,000 gallons an acre. When soil health and grasses are restored, the same one inch of rain will be taken into the soil. In turn, this not only allows you to grow more grass with less precipitation, it helps recharge groundwater tables, it can also bring back springs which have been dry for decades. 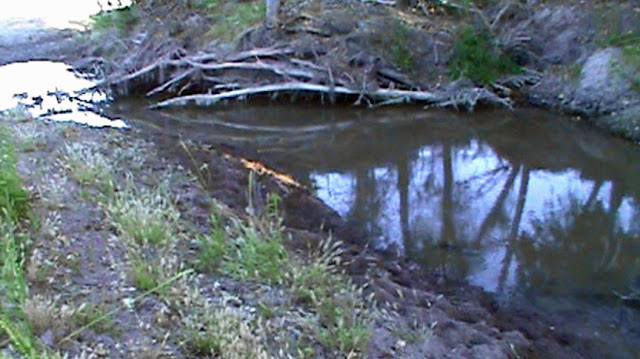 The family bought this ranch in the late 1800's, and as far as anyone alive today is aware, this has never been more than a seasonal wet spot. Now that the soil is healthy, and the grass is regenerating, it has turned into their “Redneck water park,” and is open year round.

Holistic planned grazing using herd instinct and IMG is allowing this ranch to increase it's carrying capacity, without need the expense of extra fencing and labor. The cattle stay in good condition year round without needing any supplements other than loose mineral and seas salt. 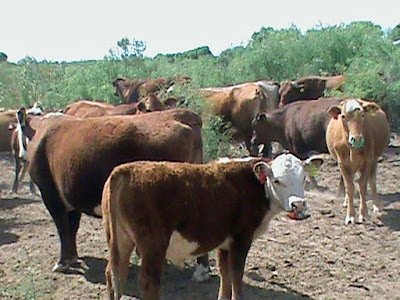 For more information visit my website, or order a copy of the Stockmanship 101 dvd from Amazon!
Posted by Bob Kinford at 2:54 AM No comments: