Several months ago a well known stockmanship clinician mentioned being in Kansas and claiming the views were much like the first pioneers had. I resisted the urge to comment at the time, but as I have just finished working with the third ranch in "tall grass" country I can no longer resist that urge.

By all accounts, the grass was actually so tall a man on a horse couldn't see where he was going. Save for a few trees along stream banks, there were no trees, and even less brush. Compare that with what we have today. Even Big Blue stem grass is commonly under three foot tall. Draws close to creeks can be totally choked with trees as in this picture. 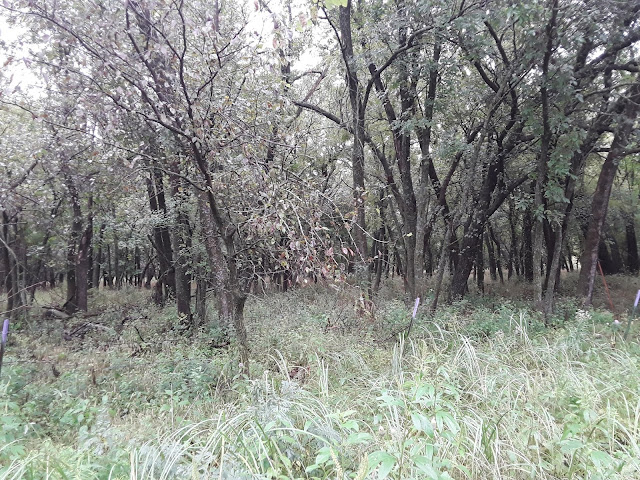 While forbes are part of a healthy ecosystem, they need to be balanced with a diverse amount of grasses. The point the tall grass country is in, with some areas entirely composed of weeds, and up to 40 or 50% of the mix in the "good grass" is a wake up call that the ecosystem is in decline, and will only degenerate faster unless we change our grazing methods. When you think of the pioneers coming through a sea of 5 to 7 foot tall grass, how can we think of what we have today as "tall grass prairie? 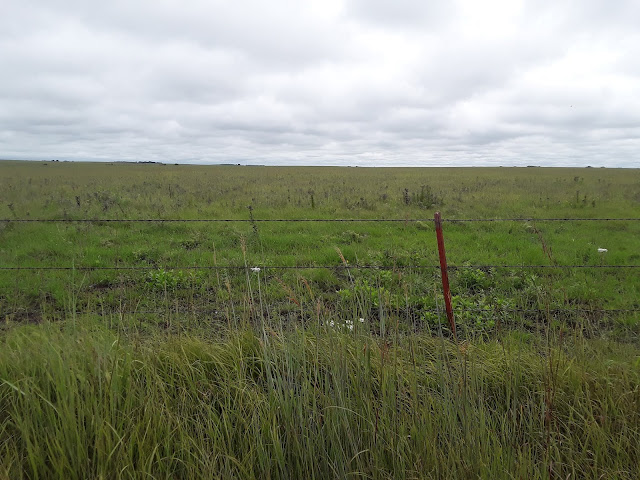 If the prairie was even in remotely the same condition as the pioneers saw it, you would have to have flags flying above your fences so you could know where it was. Instead conditions like the above picture are more common than not. The picture below is a fence line comparison between a client who has been practicing IMG for two years, so reversing these conditions isn't impossible. 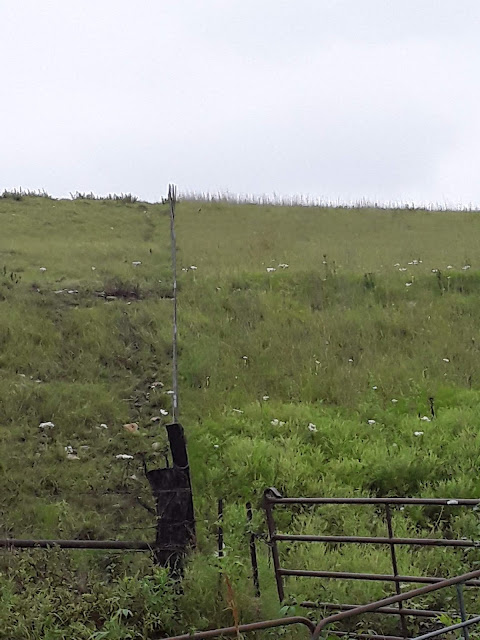 As you can see, there is a distinct difference in not only the amount of grass from their neighbor on the left, but also in the height of the grass. Large parts of Kansas (as well as Nebraska and the Dakotas) are largely dependent upon dams and small streams to water their cattle. This means it is a perfect place to utilize IMG techniques so that cattle can migrate as a herd and create enough impact to improve soil health and the balance of our pastures while adding both height to these tall grass prairies without any added infrastructure . The picture below was taken at a school just outside of Council Grove, Kansas last week. All we did was point 1,300 to this draw when they came off of water (something which at this point, would be a one man job) 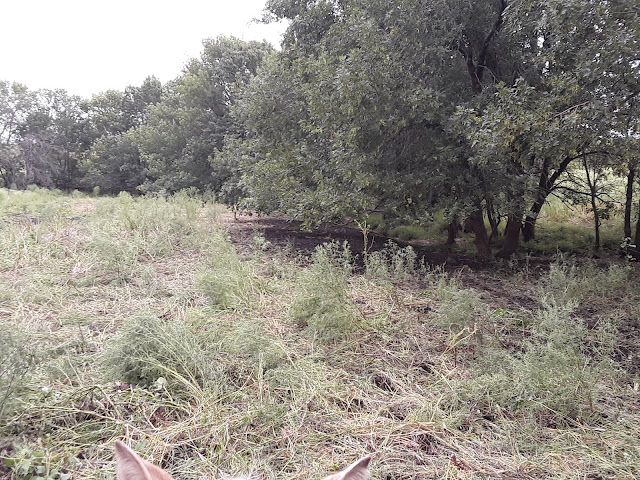 Because the nutritional value of the grass is declining at this time of year, the cattle tend to spread out, but are still grazing as a herd, selecting the highest value nutrition, which includes "inedible" weeds and grasses which conventional management tries to eradicate. These cows have been hitting Cord grass so hard the manager is sending in a sample to his boss to test it's nutritional value.
While the cattle do spread out while following their grazing path, they also come to areas where, with no human guidance, they come into very tight groups such as this, which happened on the fourth day of the school. 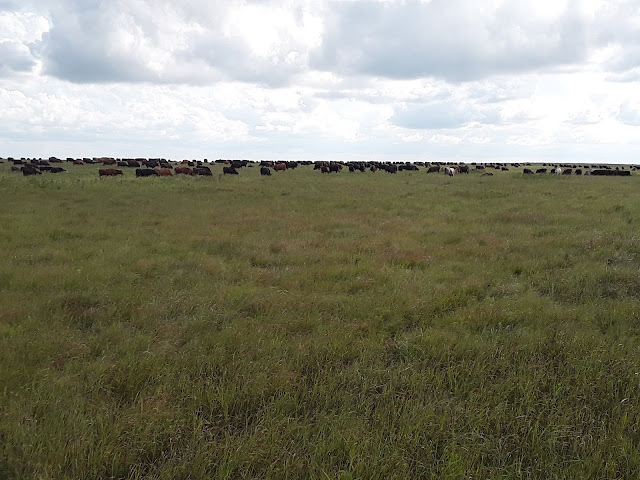 The tall grass prairies need to be restored before they are completely destroyed, which judging by the amount of regression, and comparing it to the speed at which other areas have regressed when in this condition will be under thirty years, maybe in as little as twenty years. This can be reversed in five to ten years time using IMG methods to graze, without having to spend a dime in infrastructure costs, hiring full time herders, or even your current labor force needing to be in the cattle everyday.
For more information, visit migratorygrazing.com
Posted by Bob Kinford at 8:21 PM